Gigi Engle of Women’s Health: Le Wand Is The Best Thing For My Clitoris 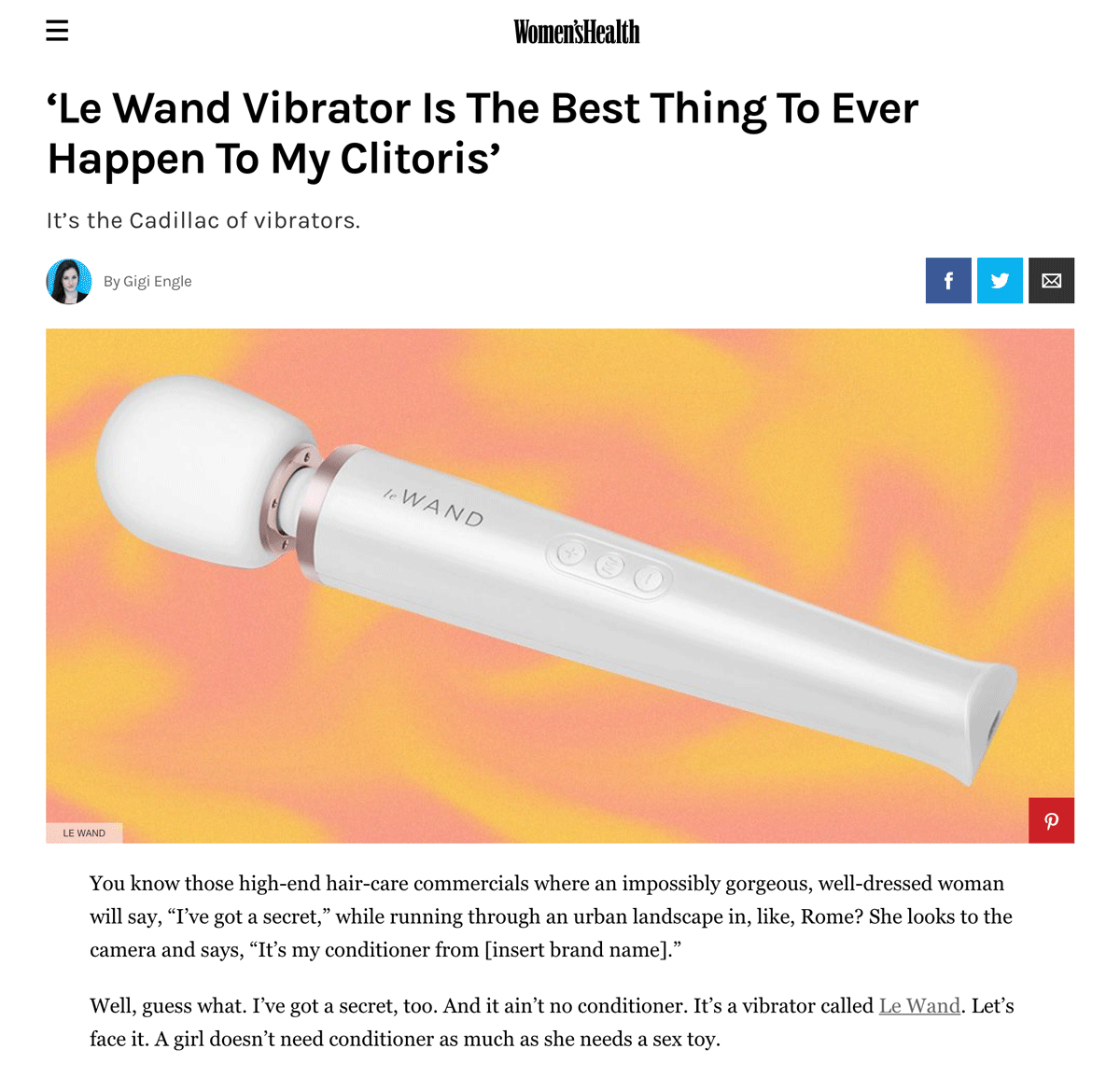 It’s the Cadillac of vibrators.

You know those high-end hair-care commercials where an impossibly gorgeous, well-dressed woman will say, “I’ve got a secret,” while running through an urban landscape in, like, Rome? She looks to the camera and says, “It’s my conditioner from [insert brand name].”

Any radical sex toy connoisseur will tell you a wand massager is the LBD of your sex toy collection. It’s the baseline, the cornerstone of any respectable goodie drawer. And Le Wand is by far the best wand massager I’ve ever encountered (and trust me, I’ve tried plenty).

Alicia Sinclair, founder of Le Wand and b-Vibe, took everything heavenly and orgasmic about the Hitachi Magic Wand (the original Mac Daddy wand toy, which has since tried to rebrand as a plain old massager—LAME!) and made it more sex-positive and proud of its position in the sex toy arena. It is the classic magic wand with a feminine, kickass upgrade.

When I asked Alicia what it was that made Le Wand so special she told me that:

“Le Wand elevates what you’d expect from a wand to the next level. Not only are we an incredibly sex-positive company that wants to create sleek products that encourage people to feel proud of their sexuality, but we’ve also incorporated technological advancements—like high-powered vibration patterns and speeds, the ability to recharge, and several custom heads that transform one sex toy into many.”

How’s that for a sell?

I’m not exaggerating when I say Le Wand is the best thing that has ever happened to my clitoris. It’s been better than boyfriends, girlfriends, lovers, long-term relationships, great one-night stands, and most other sex toys I’ve come in contact with.

It is the staple we all need. I even spent 40 minutes forcing my sister to take pictures of me holding it one time (please see below). The people need to know the glory of Le Wand and, by God, they will! 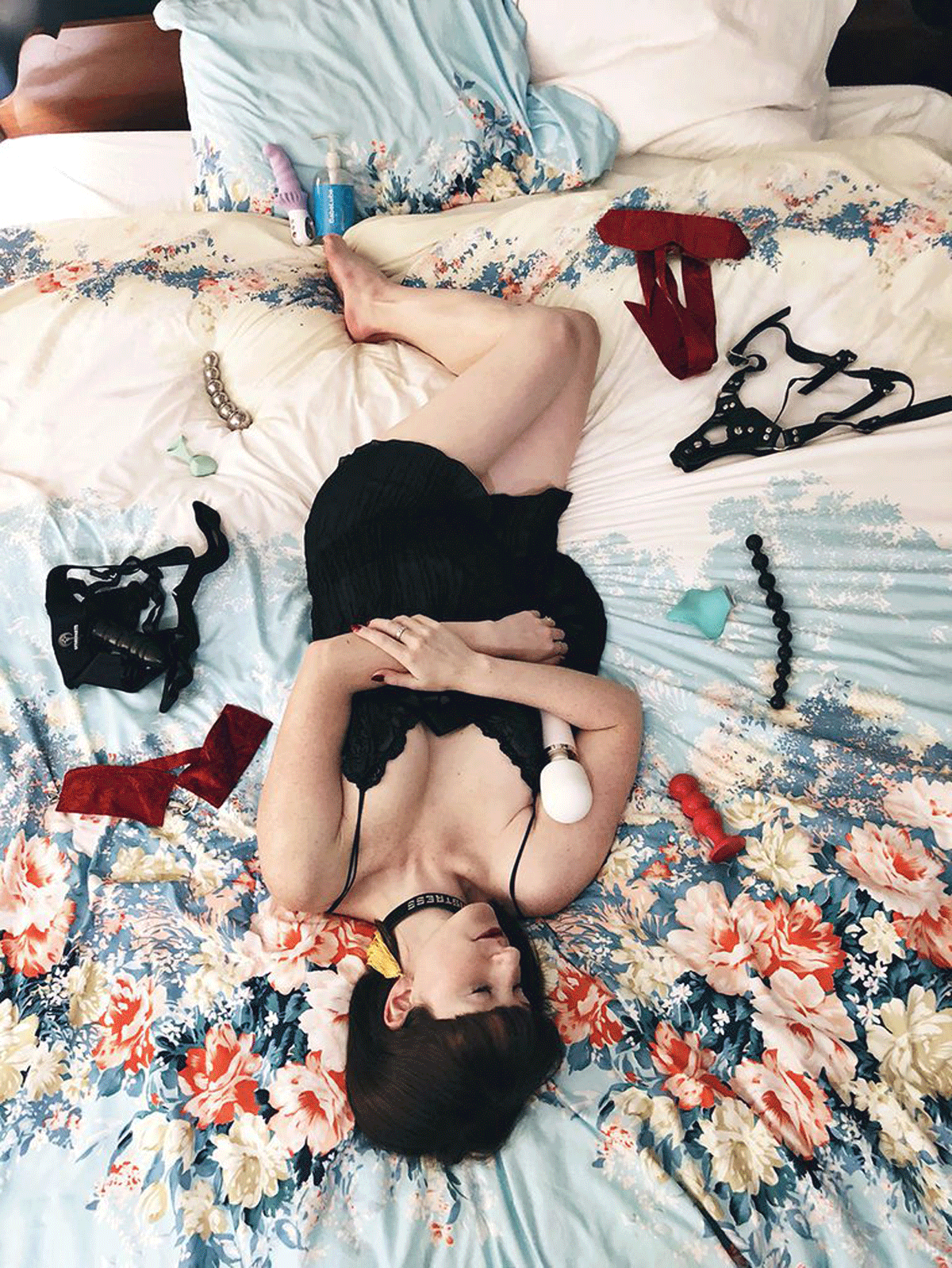 It comes with a variety of attachments, making this magical toy not only your favorite smooth-topped wand massager, but also a powerful and mind -blowing G-spot toy. You simply grab one of the switchable heads, pop it on, and voila! You’ve got a whole other sex toy to play with.

There are about 19 zillion ways you can make Le Wand work for you and give you a toe-curling blended orgasm. You can use it as a clit vibe, lie it on the bed and grind against it during penetrative sex, or have your partner use it on you while you lie back like a pillow princess.

I keep this baby in a box right next to my bed for easy access, whether I want to end my night on a blissful note, or I need some stress relief in between writing articles. Orgasms cure all ailments and Le Wand knows how to deliver them up—fast.

Get the good stuff