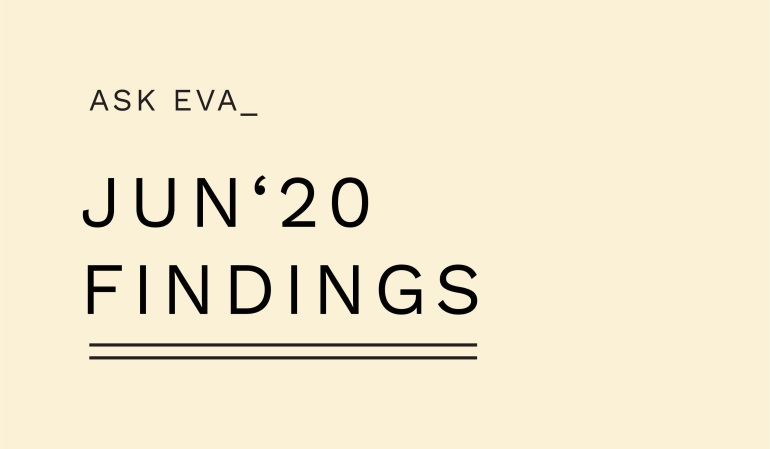 Happy Pride month, everyone! This pride month we are reminded of the origins of Pride as a riot lead by Black and brown queer and trans people against police brutality, and the continued violence perpetrated by this institution (among others) against those within our community.

There’s no doubt that representation can be powerful in helping queer and trans people navigate their identities without shame. Seeing yourself reflected can be incredibly affirming and showing queer and trans people having healthy relationships and fulfilling lives can be life-changing. Nonetheless, media representation isn’t enough to support the health and wellbeing of LGBTQ+ people, especially Black, Indigenous, and people of color. Dismantling these systems and institutions is required for all people to be safe and affirmed. It is imperative that we work for these things simultaneously. While we focused this month's #AskEva on media representation, but want to emphasize that this is only a small piece in the fight for equality.

With regard to media representation, previous research has focused largely on the impacts of media on queer and trans people’s relationships with their sexual identity. For this month’s #AskEva, we wanted to take this a step further and explore how media’s depictions of LGBTQ+ people might influence our relationships with our sexuality and our sexual experiences. 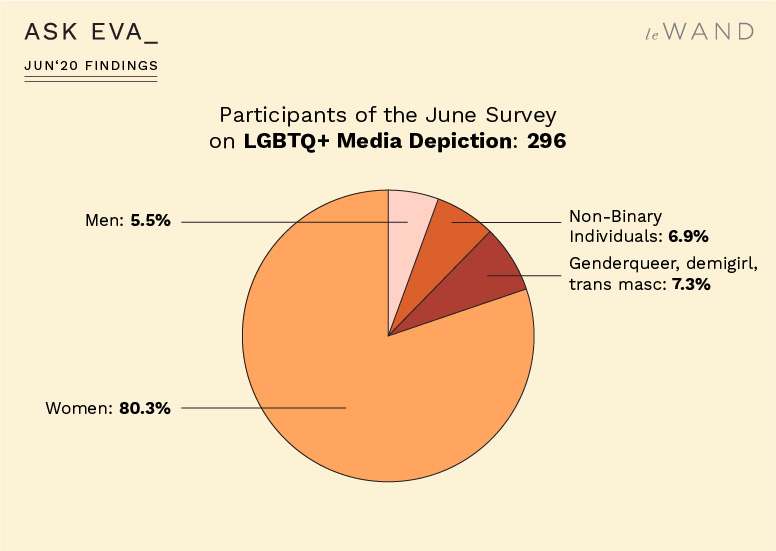 With regards to sexual orientation, participants were given the opportunity to choose all the labels that felt right with their identity, as well as the option to write in particular labels beyond those that were listed. With this, we had a diverse range of responses! 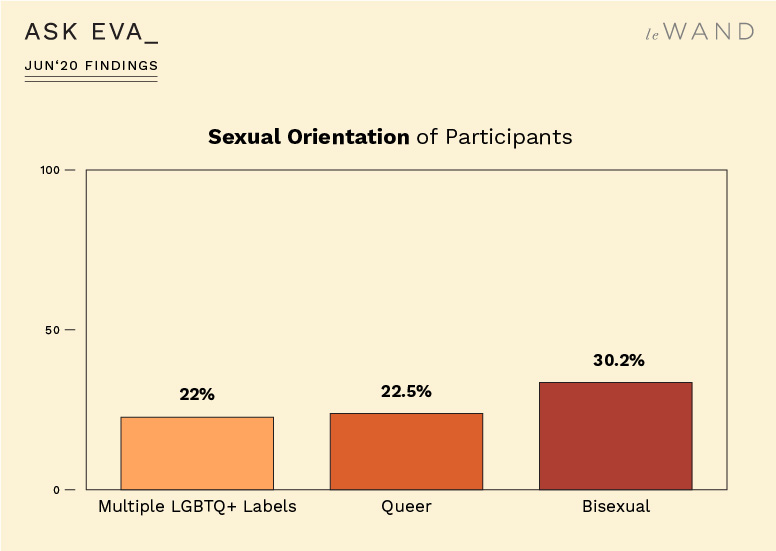 22% of respondents choose multiple labels to describe their identity (ie bisexual, pansexual, and queer). Some of the most commonly used labels, either by themselves or among others, were bisexual (used by 30.2% of participants), and queer (used by 22.5% of participants). Additionally, while asexual and demisexual were not originally listed in the questionnaire, 11 participants wrote these labels in. Moving forward, we will include these among our sexual orientation categories.

Something further to note, the category "straight" was included among identity labels, which was chosen by 10 participants along with other queer identities. This may be among individuals in relationships with male partners, or individuals who are continuing to explore their identity. However, there were 86 participants who chose the label by itself, while the study was not intended for non-LGBTQ+ individuals.

For this survey, participants were asked about the influence of mainstream media (ie movies, television, music) as well as new media (social networking sites and online platforms) and how these may have influenced their sexual experiences.

Let’s start with mainstream media. Respondents were almost split down the middle with regards to what degree they felt their sexual experiences had been influenced by mainstream media portrayals of both the LGBTQ+ community and individuals’ specific gender and/or sexual identity. 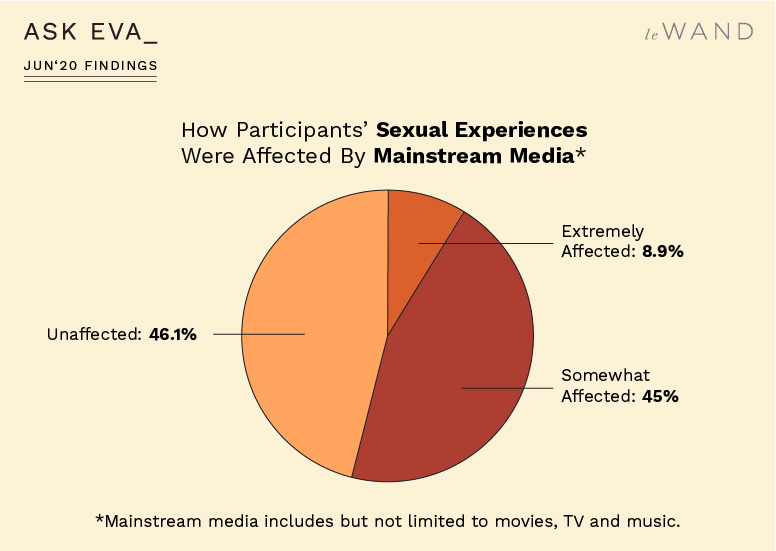 Similarly, for representation of individuals' specific gender and/or sexual identity, 40.6% responded that they were somewhat affected, while 37.6% indicated they were not at all impacted. 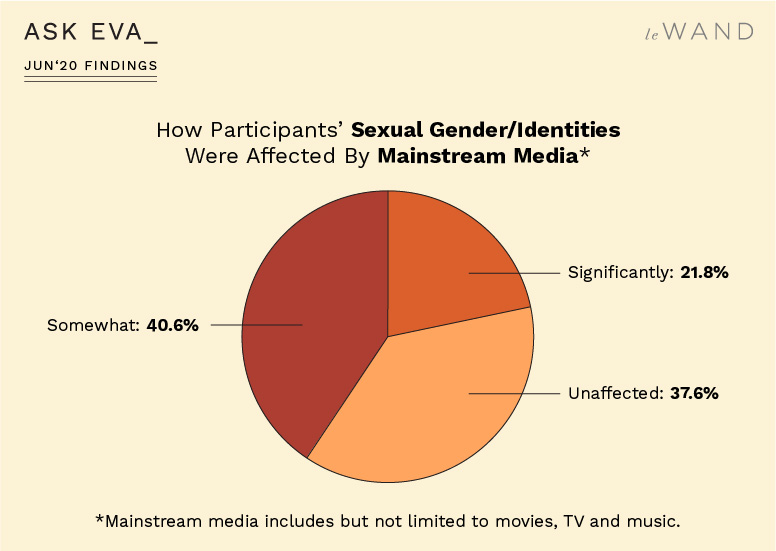 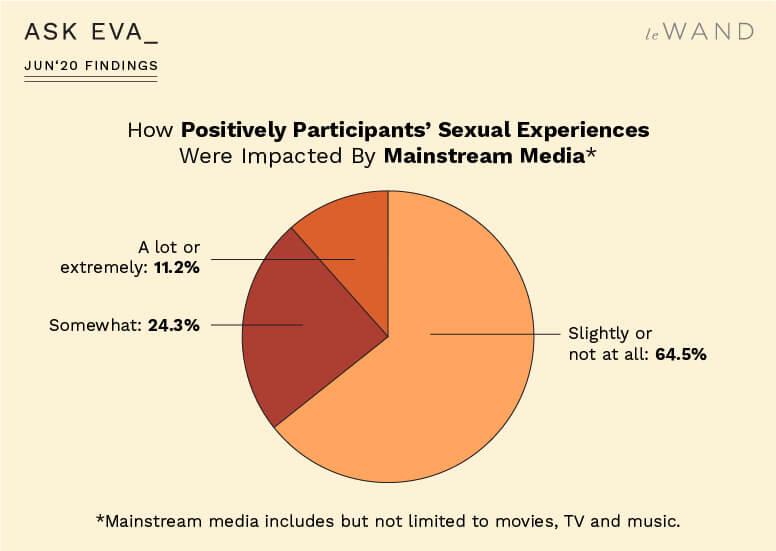 When asked to expand on any positive examples of mainstream media’s influence on their sex lives, many participants described how representation gave them a sense of permission and validity. Several cited Callie Torres’ character from Grey’s Anatomy, and TV shows like Feel Good and Buffy the Vampire Slayer.

Some examples of positive sexual influence were increased confidence “the L Word Generation Q has really hot gay sex scenes and rewatching them gives me ideas and can make me feel more confident” and positive portrayals of consent, “most of the depictions that I’ve seen of LGBTQ+ sexual encounters are strongly rooted in mutual consent and respect. In Indian media, most sexual content is hetero and has either overt or subvert tones of non-consent.”

One participant described the particular impact of the television show Transparent: "shows like transparent, making it easier to see a life where I am able to give/receive pleasure, without having to always worry about the bits and pieces".

In terms of negative influences of mainstream media, while most participants cited a lack of positive impact, most didn't find that they had impacted their sexual experience negatively either.

63.8% felt that it either didn’t negatively impact their sexual experiences at all, or only slightly, while 19.1% were impacted somewhat and 17.1% were a lot or extremely.

Other participants described the specific stereotypes related to the sexuality of bisexual individuals, such as promiscuity, an assumption of cheating, or indecisiveness. One participant described how these negatively impacted her sexuality “I think a lot of the narratives around bi women have contributed to instances where I have felt pressured to do certain things, or that I should be more confident with casual sex.”

Participants also mentioned normalization of sexual and relationship violence, such as “portrayals of forced consent and being used for being gay” and “big age gaps are kinda pushed as normal even when you're underage and grooming is kinda normalized which is not great.”

A lack of representation was also seen as harmful, especially among asexual and trans participants. One participant described: “As a queer and trans masculine latinx person I’ve had a lot of trouble navigating sexual relationships, particularly those I’ve had with cis men. It’s not often I see representation for myself, so often my sexual encounters are coupled with education of my partner(s)”.

New media platforms like YouTube, Instagram, Twitter, Tik Tok, etc. have provided a space for queer and trans individuals to share their stories and knowledge in a way that has never been possible before. While online LGBTQ+ creators face different kinds of censorship, the diversity of voices on social media platforms is boundless.

In comparison with mainstream media, a larger proportion of respondents cited new media having a positive impact on their sexual experiences. 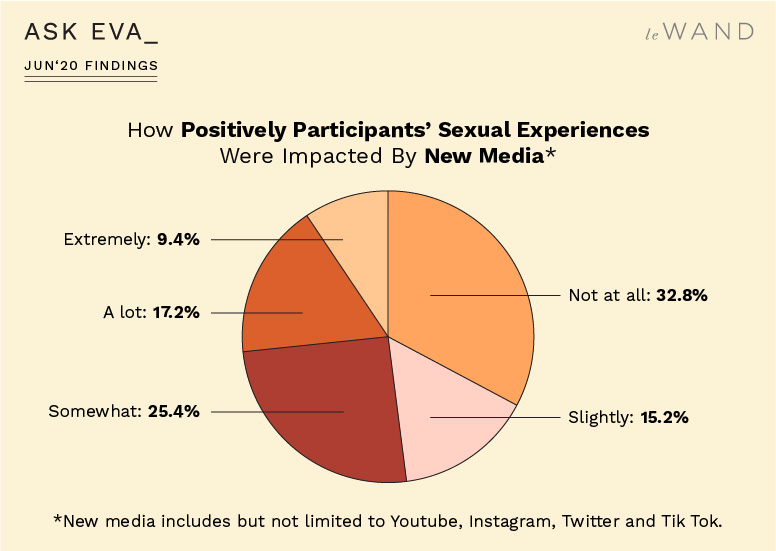 With just over half of participants (52%) citing that new media had been somewhat, a lot, or extremely positively influential. In this area, participants described learning from queer educators on new media platforms like YouTube and Instagram, and the increased range of topics covered among queer sex ed, such as kink and sex toys. One respondent noted: “Access to more examples of sw+, body+, sex+, queer-friendly kink accounts has been v validating”.

Some participants also described the openness and inclusivity with which sexuality was being discussed on the platforms, allowing for acceptance within themselves. One participant shared: “teaching that what i feel inside is okay, i don’t have to follow the stereotypical sexuality path predisposed for me”.

Tik Tok was among the platforms cited as being especially validating for individuals identity and sexuality, as described by this participant: “queer TikTok is a gift, and helping me to better understand myself, my sexuality, and to feel more secure in my desires, needs, and body.”

Lastly, the majority (81.7%) of respondents felt that their sexual experiences had not at all been negatively impacted by new media portrayals of the LGBTQ+ community, or only slightly. 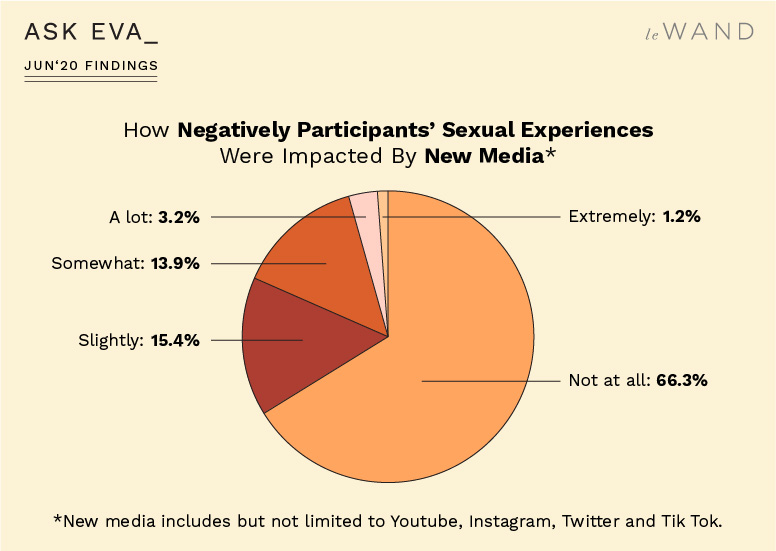 Overall, it is clear that in addition to having an impact on queer and trans individuals’ mental health, wellbeing, and understanding of their identity, media representation can influence one’s sexual experience as well, even if subtle ways. This pride, while we work for queer and trans people to be able to live happy and healthy lives, we should remember that this fight is multi-dimensional. Nuanced media representation is essential for LGBTQ+ people, but so is the ability to live free from violence. 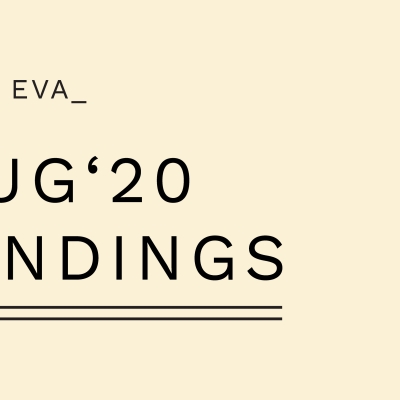 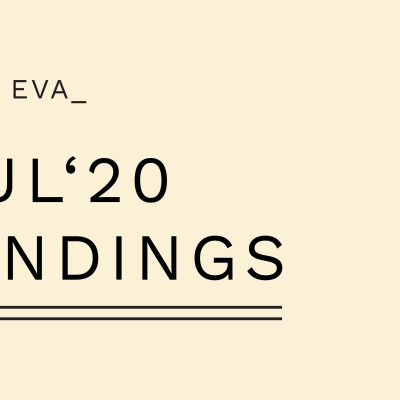 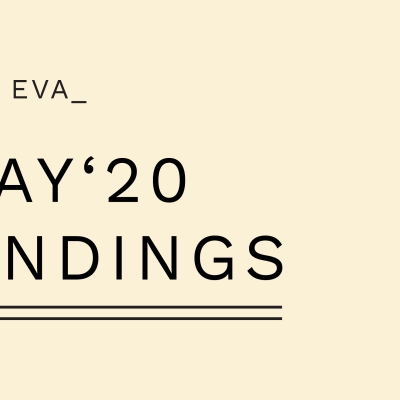