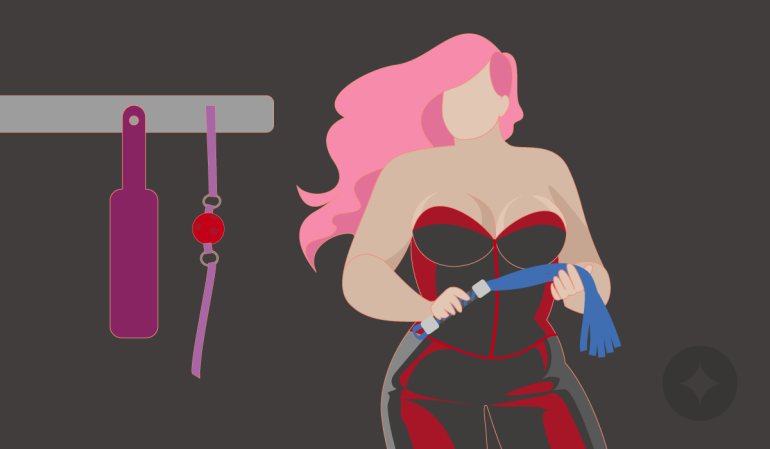 What is Domination & Submission?

As you might have guessed, someone who identifies as a sexual dominant - referred to as a Dom with a capital D. The S stands for submission, and unsurprisingly still, these folks like to be on the receiving end of domination. Some submissives - are called "subs" (with a lowercase "s") for short - simply like a partner that enjoys being on top or tying their hands to the bedposts.

Others need something more extreme to get off, like engaging in breath play or being bent over and spanked. Dominants can be just as expansive in their play preferences, and their favorite sex acts can range from using a sex toy on their partner while they writhe in ecstatic orgasm, or tightly cuffing their wrists and ankles and screwing them silly.

What is Sadism & Masochism?

Now, you might assume things get scary, but again, remember that nothing bad can happen when you play with a partner who listens to your needs and cares about your well-being.

A sadist - usually the Dom - feels sexually turned on by watching their partner squirm and wriggle from the metallic bite of a Wartenberg wheel or the crack of a paddle.

A masochist - played by the sub - gets off by having those sorts of intense acts done to them.

If a person loves to show submission and obedience, create a game where they must follow instructions carefully and precisely. Making "Simon Says" games into a sex game is a form of predicament play.

If a person is not motivated by obedience, following instructions for the sake of it might not be that effective.

For someone else, if they love to solve their way out of a difficult situation and they get a kick out of outwitting the other, set up a complicated game, like putting someone in a complicated bondage position with a pair of scissors just out of reach. But if they reach for the scissors, another rope or clamp might pull against some tender body part.

When couples practice active consent, it means they never attempt a sexual act without asking first, and they listen closely to their partner during sex just in case something that usually feels good happens to feel bad.

3. Pick the Right Setting - Where Do You Intend On Exploring?

4. Shopping for Your Dungeon

Should injury arise, or when it's not fun anymore, the scene is over, whether or not you've done the things you planned.

Once your play is over, you should always engage in meaningful aftercare with your partner. This is the part where you can break down what felt good, and what felt bad, and make sure that everyone is feeling well with no boundaries being crossed and that no actual injuries were induced.

Impact play can be dialed down or turned up depending on what feels good. There's a reason spanking feels good, besides making you feel like a naughty school kid. When you smack or spank any part of your body, whether lightly or with force, blood rises to the skin's surface, which then intensifies any sort of touch applied afterward.

Power exchange is the consensual use of different levels of power. One of the most common power exchange scenarios comes under the label of domination and submission (the DS of BSDM). This does not mean that the dominant person delivers whatever they want to the submissive person. In fact, the one "giving up power" does so in exchange for pleasure (however they define it) and actually controls the prearranged play session, or "scene." Clear communication is paramount in order to discuss what is and is not permissible. In safe, consensual scenes, the submissive will have a safe word and/ or gesture to warn the dominant when the play is eliciting unacceptable sensations and needs to stop.

Depending on the agreement, the receiver may be required to beg for release, or may be instructed to remain quiet and await permission to orgasm. Sometimes orgasm will be denied altogether.

Forced orgasm is when the receiver is trying not to orgasm while being stimulated by the giver. Typically, the receiver is bound while the giver either personally uses Le Wand to deliver the erotic stimulation, or the wand is secured in such a fashion that the receiver cannot move away from it. Le Wand is exceptional for this activity since its strong vibration encourages explosive orgasms and the inability to move away from the stimulation results in highly intense sensations. Keep in mind, though, that the receiver has consented to certain actions before the play begins, and can stop the activity at any time.

The B stands for Bondage, and it plays an undeniably huge role in most lifestylers' playbooks. Bondage can range from a loosely-wrapped tie around the wrists to those gorgeously intricate Shibari rope designs that you might have seen on the internet.

If done incorrectly, super tight or otherwise, body-bending bondage can cause serious injury and long-term nerve damage. We recommend staying away from the rougher stuff until you really know what you're doing and have been supervised by a pro.

Predicament Bondage is when a partner's mobility is limited or controlled through intentionally setting up a situation of conflicting desires.

Sometimes people will describe predicament bondage as being stuck between a rock and a hard place or stuck between two unpleasant options. This isn't exactly so. If all the options were disagreeable, there wouldn't be much of a motivation to play. Playing is a keyword here, as this is all about setting up a sexy bondage game of body, wits, desire, and above all, fun.

Whether giving or receiving, people who enjoy Predicament Bondage are often creative folks who enjoy playing games with others. They are often folks who enjoy making and solving puzzles. Oftentimes, they also enjoy pushing their own capability and thrill in taking on challenges with reward and consequence.

The Reward could also mean affirmation and celebration from one's partner. It might also be granted something they really want for completing a challenging game.

Consequence means a penalty or something opposite of yummy. Make sure that these are not detrimental to body or spirit, keeping these in the realm of fun game design. The game should be designed around you and your partner's physical capability and not beyond that. If there were injuries or bodily limits that made the position harmful the scene would not go well, nor would it be good predicament design. For every person's bodily configuration and limitations, there are excellent and realistic predicament designs to provide wonderful potential rewards and consequences. 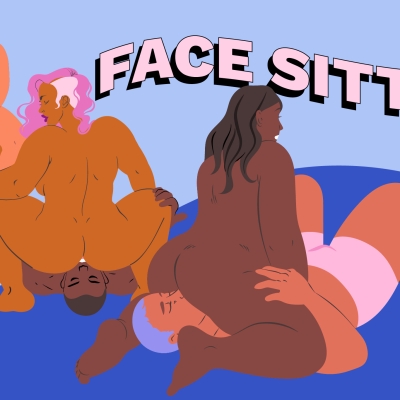 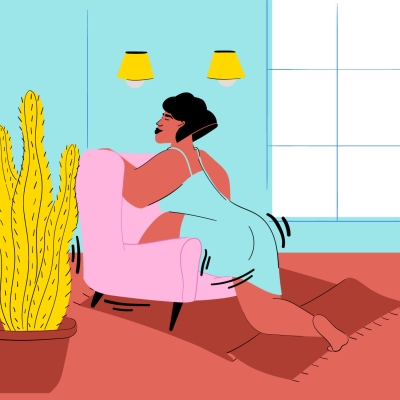 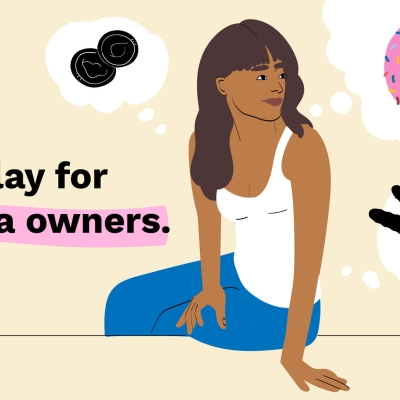